German police of Luebeck state the Luther Bible from 1634 was found during a search. The authorities, however, are not willing to share much more information since this leather bound book is considered evidence in an ongoing investigation.
END_OF_DOCUMENT_TOKEN_TO_BE_REPLACED

Ok…it will only be temporarily.

This time it will be part of an exhibition exploring 1,200 years of Christian, Islamic and Jewish faith in Egypt after the pharaohs.

Codex Sinaiticus is dating back to the 4th century AD, shortly after the reign of the Emperor Constantine the Great, and contains the earliest complete manuscript of the New Testament. It is handwritten in Greek by four different scribes (the number has never been confirmed) and contains some 27,000 corrections. It is, however, still a very fine book despite the activity going on between lines, and all over the place.

In 1933 the Codex Sinaiticus was bought from the Soviet Union.

Dr. Scot McKendrick, head of western manuscripts at the Library, told The Guardian: “Since it arrived in the 1930s it has always been one of the greatest treasures in the collection.”

Since 2009 the codex has been made available in an online version.

The reason for that is simple. The Museum wanted to make it accessible for as many people as possible that are not able to see it in person. The very same reason why Willy Wiedmann’s son took on the mission to digitalize „The Wiedmann Bible“. It is surely not the world’s oldest but definitely the world’s longest painted Bible. With a total length of a little over mile, it is hard to be fit into a bag. Therefore an online version has been made available which you can find here: The Wiedmann Bible

Clothes, food, and cash donations. More and more people are encouraging others to give to charity for the hundreds of thousands of refugees that are fleeing their countries.

They had to leave everything behind and are often even lucky if they arrive at their destination alive. Of course, one’s first thought would be that they needed clothes, food, and a place to stay since they often arrive with nothing but the clothes they are wearing at that time.  A christian pastor, however, goes even further. It is obvious to him that also the sexual needs need to be taken care of. According to a report from the Münchner Merkur, Pfarrer Ulrich Wagner has started the project “Free Love for Free People”.

It is supposed to be financed by a group of supporters. Wagner states that it also gave brothel owners a chance to do a “good deed”. “In the morning there is not much going on anyway, I suppose,” he told the newspaper. He came up with the idea because one of his friends was concerned that the male refugees could eventually start harassing the women in his village.

Wagner was aware from that start that this idea could be somewhat odd, especially coming from him as a man of the church. “I am a free citizen, I am allowed to have a free opinion. If someone wants to resent me, or be upset with me so be it. However, that’s their problem,” he told the newspaper. “In our society we tolerate prostitution, which is considered being a profession, newspapers and the internet are full of ads, “Wagner continued.

So far only a few people have criticized his idea. However, the project has just startet. What are your thoughts on the pastor’s suggestion?

4,000 people followed their personal invitation from the Federal President of Germany Joachim Gauck to attend the annual volunteer appreciation event at Bellevue Castle. “The Wiedmann Bible“ had the honor to be able to attend as well, and we made plenty of new friends. 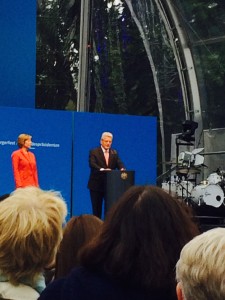 Sven Latteyer – the German bus driver who made the impromptu welcome speech to migrants. 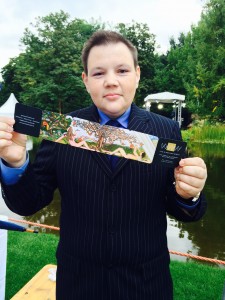 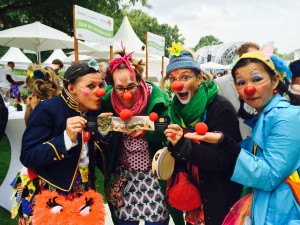 We loved the clowns from the organization „Humor Helps Healing“…

…and Our new friends from Bavaria. 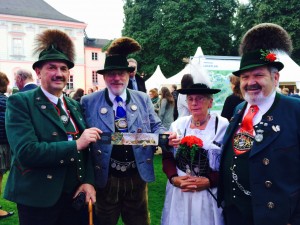 The day was really exciting and almost perfect, except for the short rain shower. “The Wiedmann Bible“ would like to thank everyone who volunteers their time to help people or animals in need for free. For nothing is better than a smile or hug from a person you just made a little happier. Keep on doing an awesome job!

Vin Baker was not only an Olympic Gold Medal winner and successful NBA player but also a man who had everything. Money, cars, a wonderful house. One would think that is all one needs to be happy. For the professional athlete, however, it was the perfect mix for failure.

END_OF_DOCUMENT_TOKEN_TO_BE_REPLACED

While the media reports that Christianity in is declining quite the opposite currently happens in Cuba. In the communist-ruled country Christianity is booming. Media list several indicators to support their conclusion. One is the continuing inflow of Bibles. In July alone Christian Today states that some 83,000 copies were distributed to the churches in the country.