Men and women can now get officially married in church. Hasn’t it been like this for centuries? Well…we actually mean man/ man and woman/woman. The Rheinische Evangelical Kirche is the second church group in Germany to allow same-sex marriage. The majority voted for the change. Until recently the churches could bless the partnership in a service from now on they will hold an officially wedding ceremony. Also former blessing ceremonies will be legitimized as well.

Priests, however, have the option to refuse. In that case the couples will be offered an alternative.

The move has been criticized by conservatives. They refer to the Biblical teaching and that it states only men and women should be married. What do you think? Was this move way overdue and should more churches follow?

Or do you think this is way over the top? 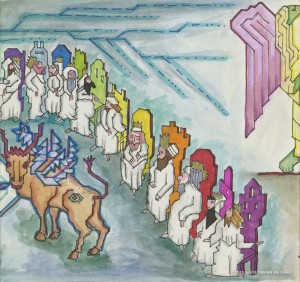