He was not prepared for this.

When we clean up cupboards or drawers we find long-forgotten pictures or sometimes a little bit of money or old pictures. A Vicar from Wrexham UK could not believe what he came across. A first edition King James Bible that dates back to 1611.

Of course, he did not know at that time. However, he had a feeling that this old book was special. Hence he sent photographs to the National Library of Wales. The experts confirmed that the artefact of which it is assumed only 200 copies are in existence.

Apart from a missing frontispiece and a few pages the Bible is still in a good condition, considering that it was kept hidden in a cupboard for God knows how long.

The King James Bible was the third Bible to be translated into English and was officially approved by the church. Throughout the years it became the internationally accepted and authorized version in English. 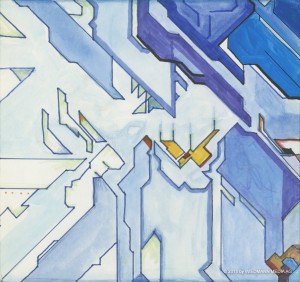 This story shows similarities to the findings of The Wiedmann Bible. After the artist Willy Wiedmann died, he took a secret with him to his grave: That he had the world’s longest painted Bible kept hidden in an archive. No one knew that he actually finished it. His son takes upon himself to fulfil his father’s last wish to make the Bible available to the public.